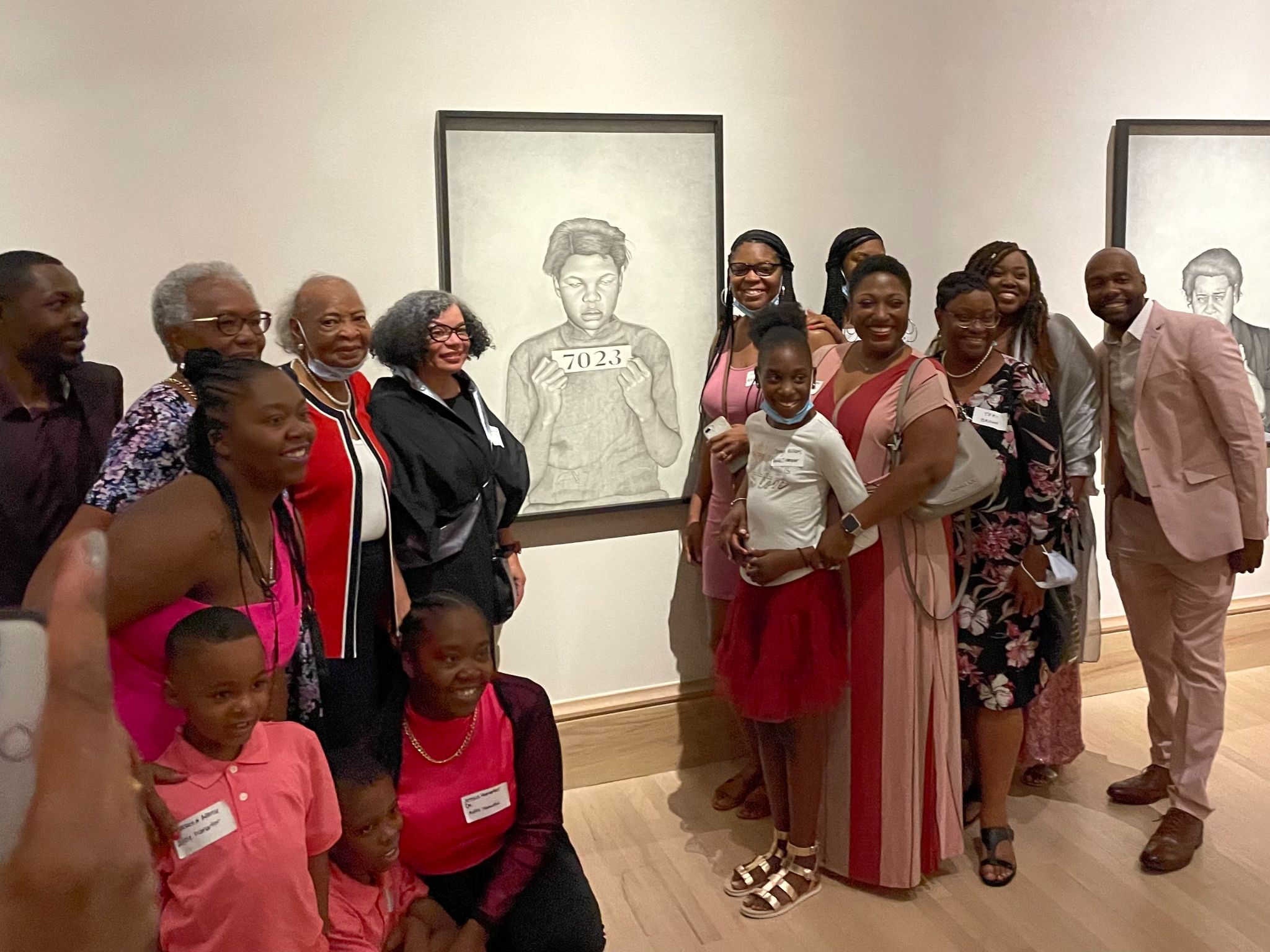 Lava Thomas: Homecoming brings together, for the first time, thirteen drawings in Thomas’ revelatory series Mugshot Portraits: Women of the Montgomery Bus Boycott (2018–); the multimedia installation Looking Back (2015–2021); and Decatur (2022), a new set of drawings that debuted at the Montgomery Museum of Fine Arts, and will travel next to Spelman College. Mugshot Portraits: Women of the Montgomery Bus Boycott depicts women who were arrested for participating in the city’s 1955–1956 boycott in Alabama. The thirteen month boycott was expertly planned, largely by women, well before Rosa Parks triggered it by refusing to give up her seat. It is regarded as the first large-scale U.S. demonstration against segregation. Lava’s project takes photographic documents out of the criminal archive and translates them into life-size, handmade, loving homages. Thomas explains, “The drawings are rendered in pencil on paper to call attention to the fragility of this history, the ease with which it can be erased if it isn’t adamantly preserved.”

Indeed. Bridget Cooks, the brilliant curator of the show, worked tirelessly for months to identify, invite, and gather descendants of these remarkable women for the opening on April 28, 2022 in Montgomery, which we were honored to attend. The descendants flew in from around the country. Some of them shared the remarkable fact that they had not previously been aware their ancestors were heroic women of the Montgomery Bus Boycott. 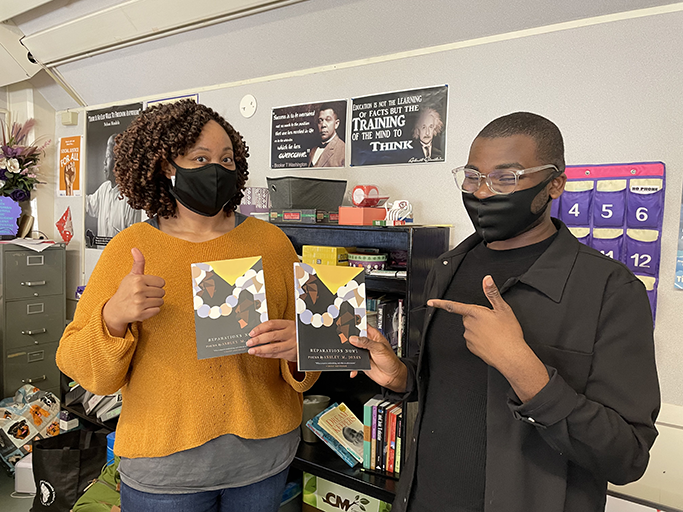 Ashley M. Jones is Poet Laureate of the state of Alabama (2022-2026). Her recent poetry collection REPARATIONS NOW! balances history, trauma, rage and joy. The Reparations Project has purchased three bulk orders of the book, to be distributed to high school students in Silicon Valley, and in Solano County California, thanks to Another Chapter’s distribution, and for Spelman College students participating in a “Difficult Discussions” series about reparations. Read more about Ashley here, in The New York Times. 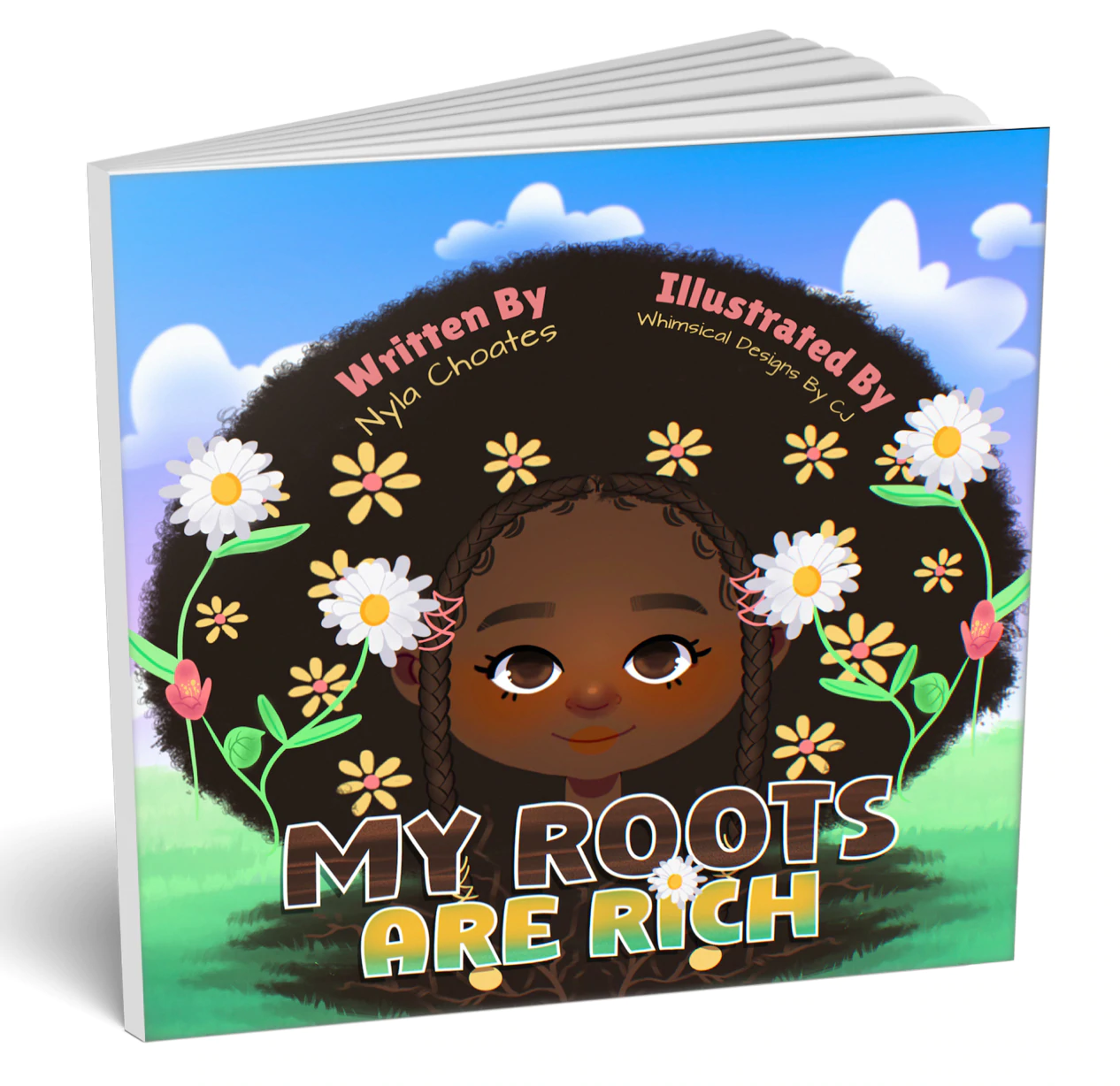 Donations of “My Roots Are Rich”

Nyla Choates is an 18 year old youth activist and student at Spelman College from Milpitas, California.  (We are pretty excited about all the ways we have been able to connect the coasts with this work!) Nyla has written and published a children’s book titled “My Roots Are Rich” that tells the story of a young girl experiencing a lack of positive self image in her school setting, leading her to believe her roots are not rich. Throughout the development of the book she meets a friendly butterfly who introduces her to the richness of her roots. Part of Nyla’s mission is to encourage organizations to purchase copies of her book to donate to schools. The Reparations Project purchased two bulk orders of the book. One batch was distributed, again, through the fabulous Another Chapter in Solano County, and another to school children in Atlanta, Georgia.

We believe truth telling and authentic relationships are key to our nation’s healing and repair. We hope that our story will inspire others to interrogate their history and tell their story too. Through Narrative, we amplify descendant-family stories and Black voices. We would love to hear your story too.