We tell our story because our past is the story of many descendant families in America, and because our current journey of acknowledgement, reconciliation, and closure is the story of too few.
But this is not just the story of Sarah and Randy, or even of our two families. The Reparations Project exists because so many other individuals stepped up to take action, and walked with us to help us heal.
“Love is an action, never simply a feeling.” -bell hooks 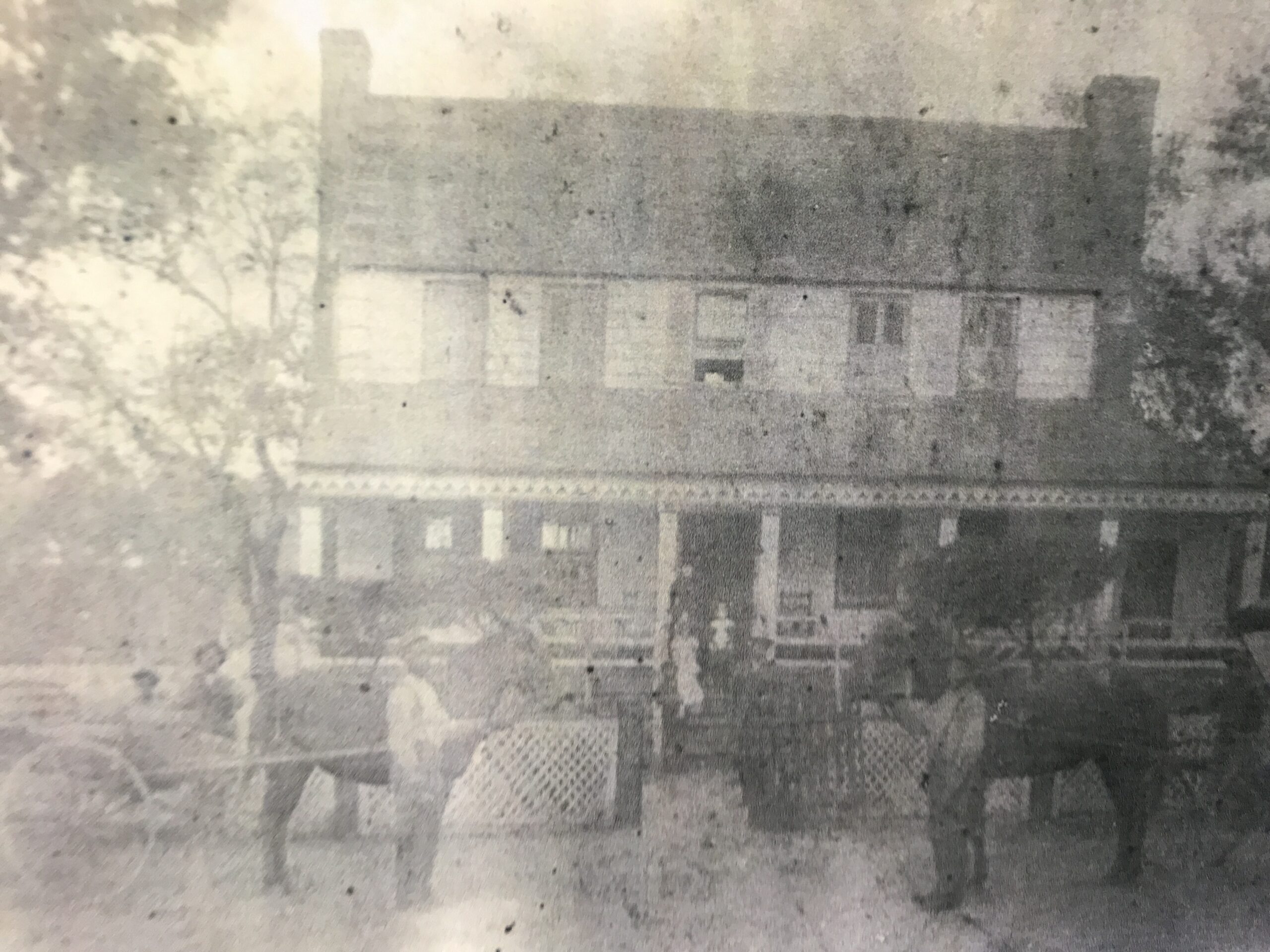 Sarah began personal reparations research and found Randy, who was willing and generous enough to speak with her. He told her that Zeike Quarterman’s descendants still owned the 10 acres of reparations land as heirs property, and that although the Quartermans had been paying taxes on the land all along, they had been denied access to it for decades, and were now losing an acre of their land for less than fair market value to the county for a parkway by eminent domain. Remarkably, Randy was currently involved in trying to save that land.

Sarah and Randy began to ask: What does it mean if we allow land reparations given to descendants of the enslaved back in 1865, to be taken away in 2019 by eminent domain? They began to research the limitations of heirs property and horrific history of Black land loss via eminent domain, and found that clearing title to the land would be extremely complicated, long, and expensive. They began doing research and searching for an attorney.

From the beginning, Randy wanted to save the land to build something on it for the community. He has dreams of a financial literacy center for all, which would also be a place for folks re-entering society after incarceration to learn entrepreneurial and financial literacy skills. 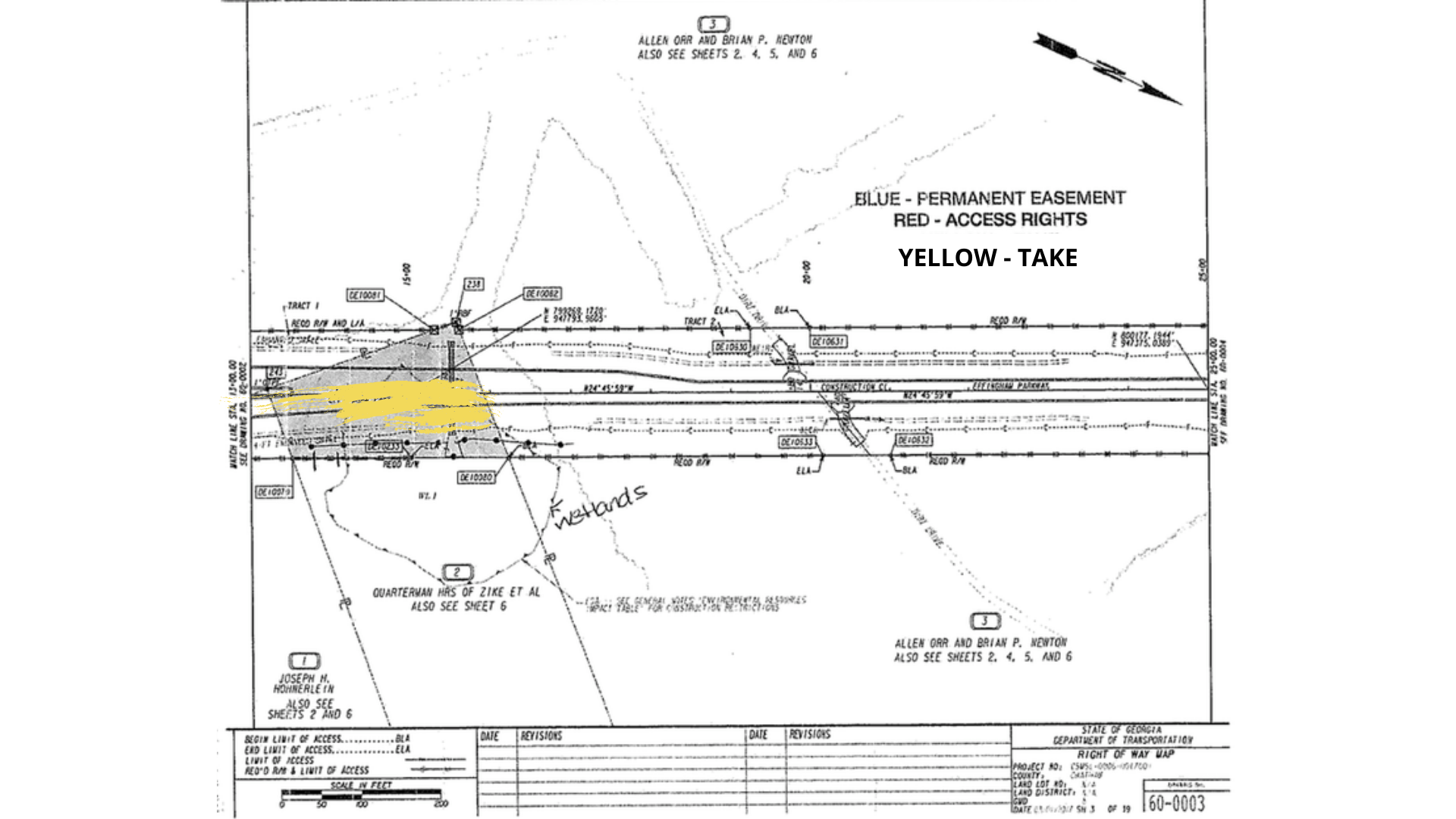 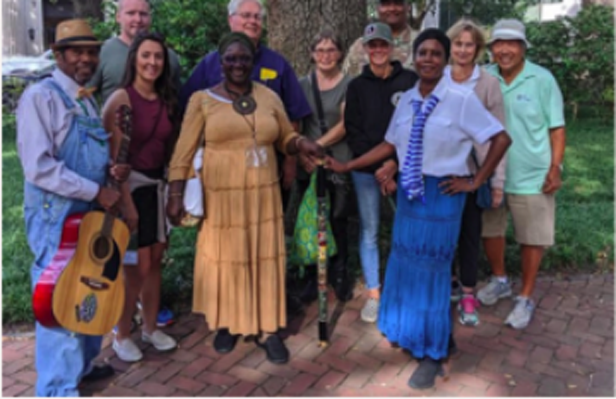 Sarah traveled with her mother and other family members to meet Randy and his family for the first time. They sat in the small church on the Quartermans’ division land and talked about the past and how they all might move forward toward healing through truth telling and clearing title on the reparations land. The next day, family met with Patt Gunn, owner of Underground Tours of Savannah and took her “Slaves of the City” tour, walking together as descendant families of both the enslaved and enslavers. Since that day, Patt has been foundational to Randy’s and Sarah’s healing and vision for The Reparations Project. A Gullah Geechee descendant of the Enslaved on the Georgia coast, Patt is a catalyst for social justice causes of the American journey from slavery to healing.

Sarah, Randy, and Randy’s Uncle Andrew flew to New York City to tell their current story and plans for a bigger effort to help the Black community in the future, to the Living Cities Board of Directors—CEO’s of some of the most powerful foundations in America—and see if they could enlist legal help. The opportunity was thanks to now board member Nadia Owusu, an executive at Living Cities. It was a moving experience, but neither this meeting, nor repeated attempts to pro bono or paid representation came to fruition. Heirs property attorneys are in high demand and those that do great pro bono work, like the GA Heirs Property Law Center, were overbooked. Pictured: Andrew Quarterman Sr., the man who took on the responsibility of paying the taxes so the Quarterman reparations land would not be lost. 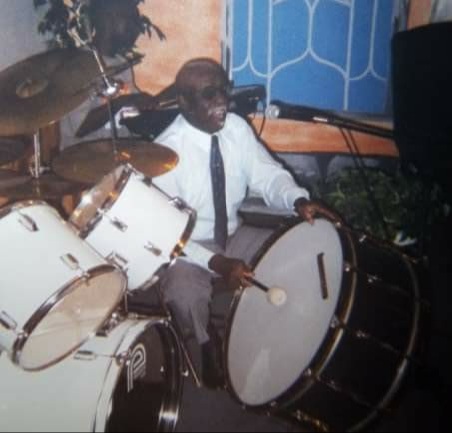 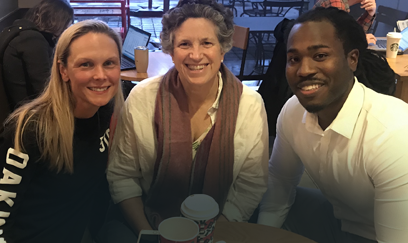 Sarah’s longtime friend Katy Basile, a CA based attorney, stepped up after hearing the story at a casual dinner and said her firm would help in any way they could, pro bono. She and her colleague DJ Cespedes did extensive research and connected Sarah and Randy with an amazing team at Kilpatrick in GA who agreed to help also on a pro bono basis. Katy and DJ have continued to help move the effort forward and on the team and will be working to help with the Legal Land Redress Academy going forward.

Sarah, Randy, Katy, DJ, and the team from Kilpatrick, led by Sarah Jurkiewicz and Michael Tyler, began working together to clear title and manage the condemnation by eminent domain. The process is painstaking and confusing, even for the attorneys, and even with pro bono work, the process includes pricey title search and other filing fees. Seeing this first hand was what convinced Sarah that she should pay these title fees as reparations, and that other descendant families could participate in doing this as well. The Reparations Project is creating a Title Fee Fund for folks in need. 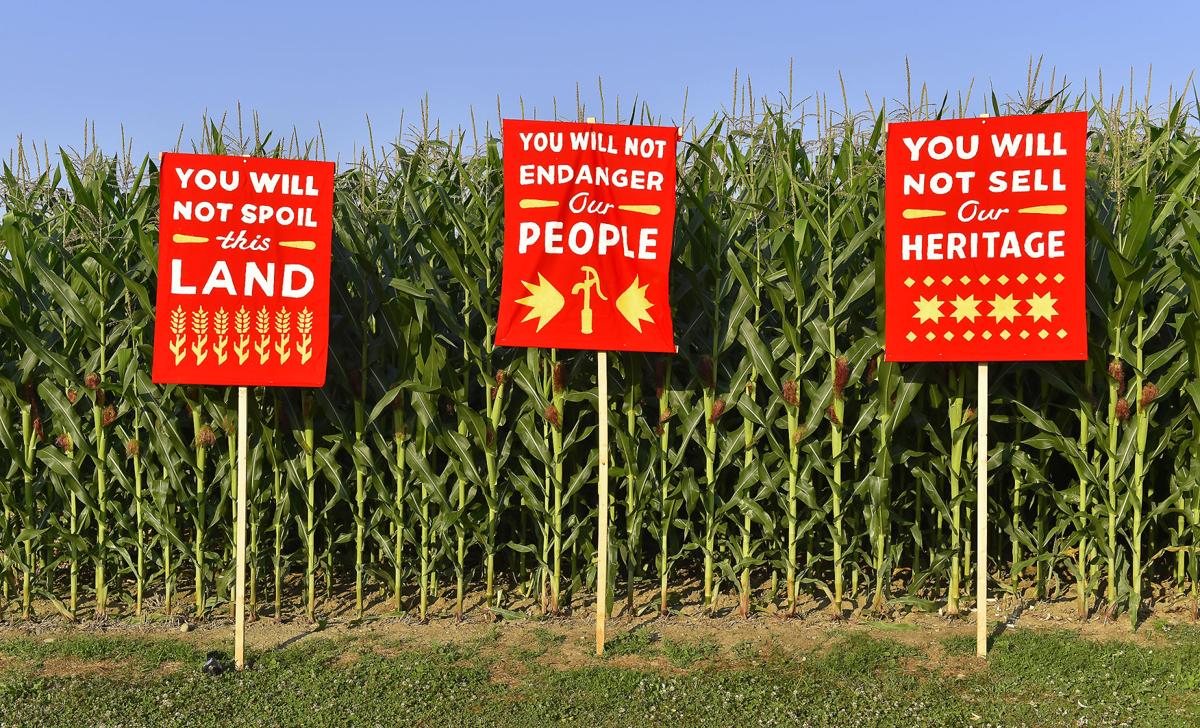 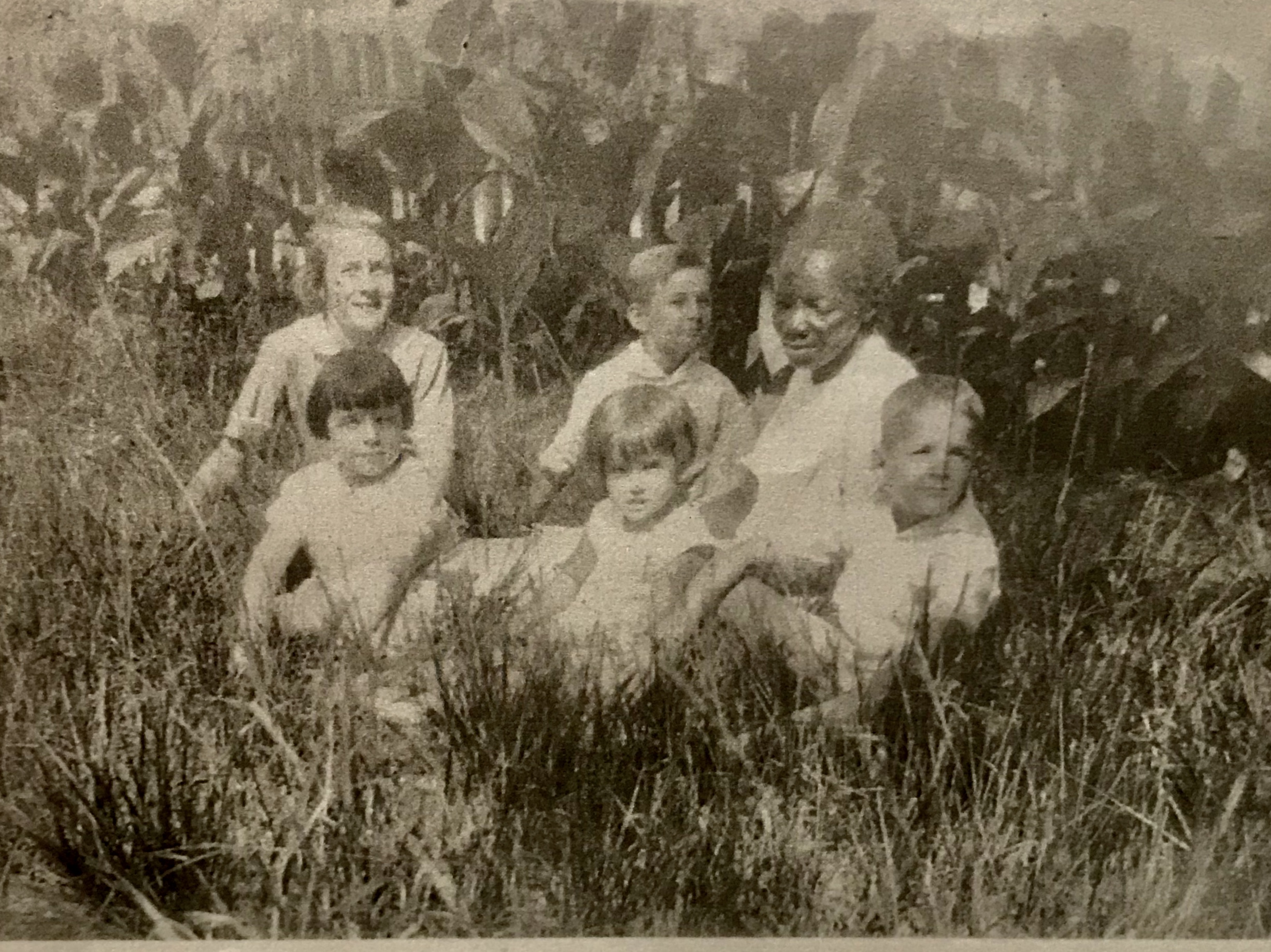 Sarah also realized that she may be able to do more to pay reparations and call for repair. Her great-great-great aunts left all of the land of the family’s farm/plantation to the Georgia Baptist Foundation when they died in the 1960’s. That land was sold and the money is now in a fund that supports scholarships for rural Georgia students who attend one of three small, private, and mostly White, GBF colleges, and a small amount supports the church the Kellers established, North Salem Baptist Church, in Port Wentworth. Sarah explored the possibility of carving out a percentage of that scholarship money, made on land where dozens of African-Americans were enslaved, for Black students at Spelman College. The effort was eventually unsuccessful, but a new idea emerged and Sarah still very much wants to work on racial repair efforts in collaboration with North Salem Baptist Church and other communities in Port Wentworth.

Dr. Cynthia Spence presented a plan for the Quarterman & Keller Social Justice Scholars program at Spelman. As the struggle for clear title on the Quarterman land dragged on, Sarah and Randy began to think about how a nonprofit organization could operate to collaborate with this program, work toward supporting social justice work and financial literacy, and help others get through complicated title issues. Fairly quickly, the money for the Spelman program (which also includes Morehouse and Clark Atlanta) was raised and those same diligent attorneys began helping Sarah and Randy incorporate a 501(c)3. 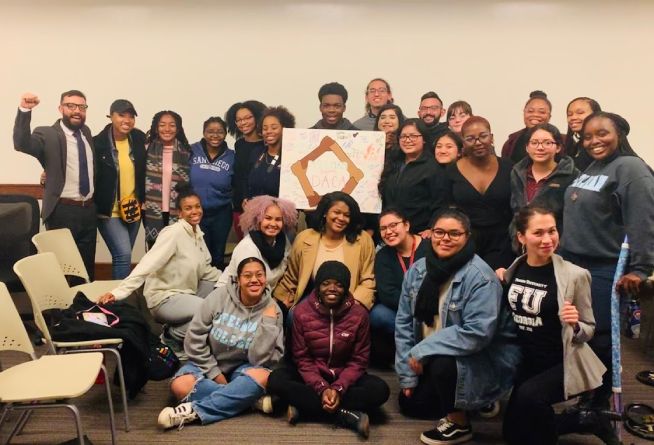 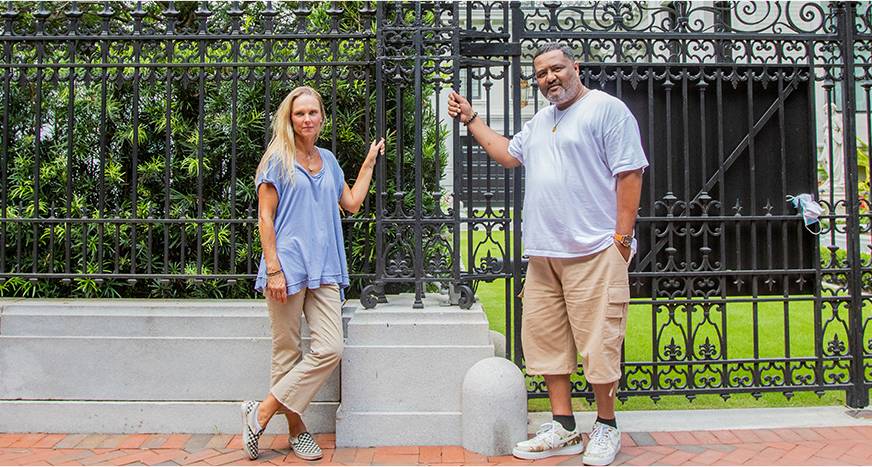 Sarah and Randy launched The Reparations Project as the first initiative of the Quarterman & Keller Foundation.

As descendants of enslavers and of the enslaved, Sarah and Randy are putting out a collective call for healing by asking White people to acknowledge racial injustice and the way they’ve benefitted from it, and to work toward redress.

The Reparations Project hopes that personal involvement with reparations will inspire individuals and families to extend their commitment to redress to speaking up and taking action for national reparations. The bare minimum should be the passing of H.R. 40.